This year the girls wanted to be Jessie and Tour Guide Barbie for Halloween.  Turning Abby into Jessie was not as easy as I thought it would be.  How hard is it to go to the Disney Store be you ask?  Well, seeing that Jessie is VERY popular this year, the costume was hard to find. I ordered one from Disney.com that was too small but was able to return it.  I called a few Disney Stores around the south and found one in Mobile AL and they were nice enough to ship it to me.  I had bought the hat a while ago so I had that already. 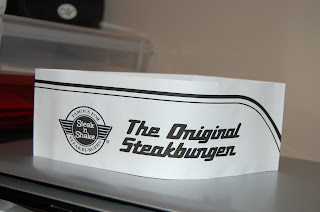 1. Start with a Steak-n-Shake hat.  Pull it apart and take out the top that makes it hat.
2. I cut and sewed on the fabric that matches Allie's Dress. 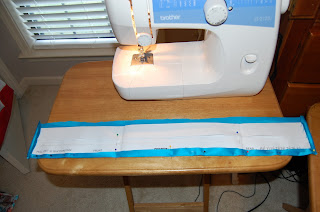 3. It was tricky to get the top sewn in since I had already sewn the band together to have it fit on her head.  If I were to do this over again I would most likely glue the fabric in to make the top before I would sew the band together.  I guess I learned something new with this project. 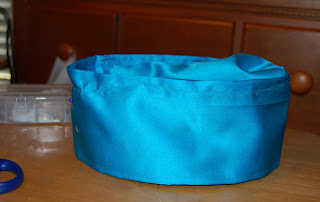 Next was the Name Tag for Barbie
I made in Word 2 ovals and had them filled in with the same turquoise color as the dress fabric.   I then used Word Art to type Toy Story Tours and Barbie.  I printed and cut it out and placed it on cardboard. 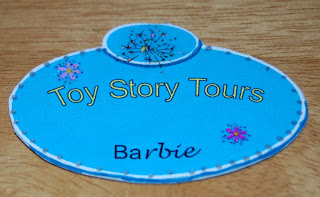 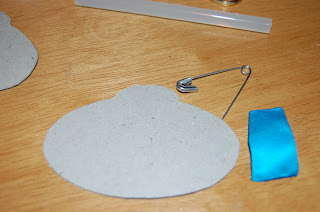 Using a glue gun and a safety pin I turned it into a name tag that she could pin on her dress and hat. 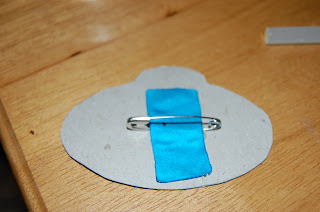 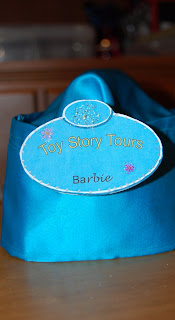 I added some ribbon and "flare" (AKA pins) to her name tag. 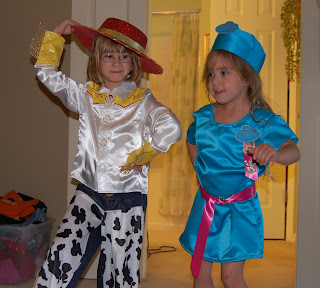 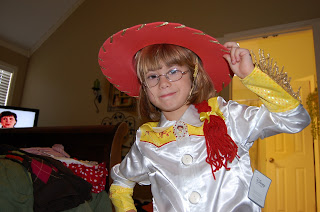 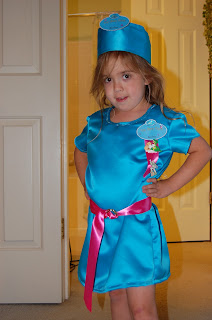 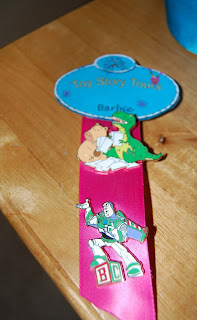 Posted by Paula Jennings at 1:40 PM

Too cute! You did a great job and the girls look great!