Sunday night it started snowing as we were leaving Reach Group and snowed into the night.  MSC announced Sunday night that school would be closed on Monday but the girls were already in bed.  Allie got up around 9:30 to go to the bathroom and we told her there would be no school on Monday and the expression on her face was priceless!  I guess she was so excited that she woke up at 5am Monday morning!  At 5:45am we heard both girls up talking and playing in their room.  Raymond got them back to bed and when they got up again at 7 they were ready to go play in the snow!  After breakfast we bundled up and outside we went! 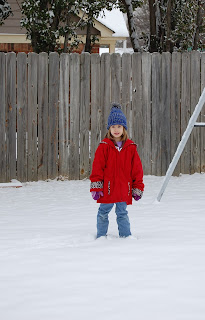 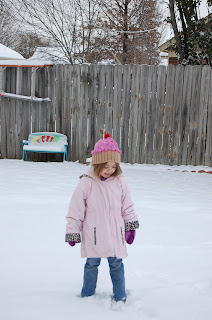 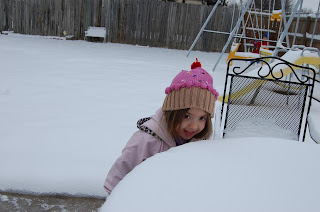 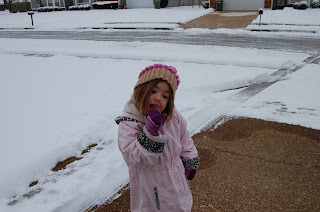 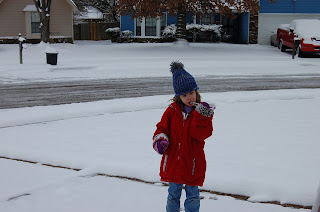 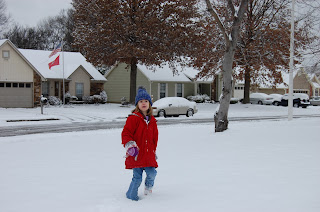 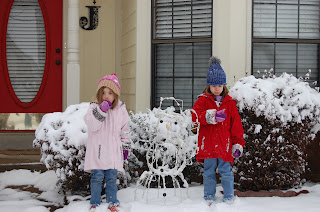 Back to school we went on Tuesday.  Abby said that maybe the snow would blow onto the streets and they would send them home early,  No such luck, baby!
Posted by Paula Jennings at 9:02 AM