At Thursday night's practice we got our uniforms for the season. When I told Abby that we were going to be getting our uniforms she told me and Raymond that she hoped she did not get number 3 again. When we asked her why she did not want to be #3 again, she replied, I been that number two times in a row, I want a new one. Raymond tried to explain to her that basketball and football players keep the same number all the time and they consider it lucky to have the same number every year. I don't think she bought it. When I opened up the bag that had her uniform in it I was happy to see that we had navy blue uniforms, but Abby was not so happy with her number.....Yes, she is once again number 3. She looked at it and said, Oh, number 3 again.

Saturday was Abby's first soccer game of the Spring. She was so excited that she scored a goal. 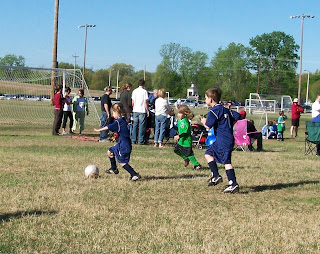 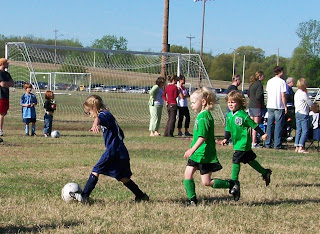 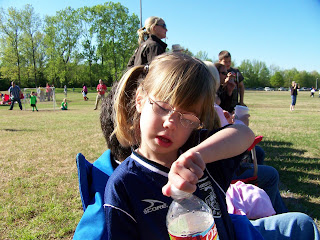 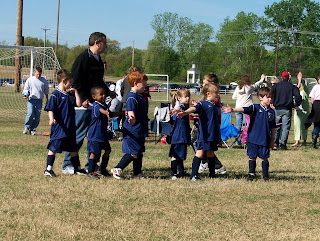 And what was Allie doing during the game? Making new friends and playing with whatever she could to play with. 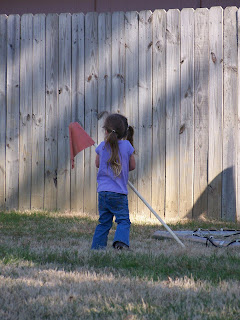 Posted by Paula Jennings at 9:25 PM

Kyle is #3 too. That is weird that she has gotten that number all 3 times. Tell her that is obviously her lucky number.