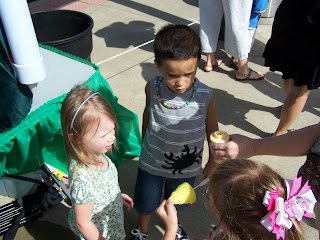 Ammie, Kingston and Abby playing with bubbles that Jamie brought. We waited about 45 minutes to get into the train.

The front train. They all looked the same. 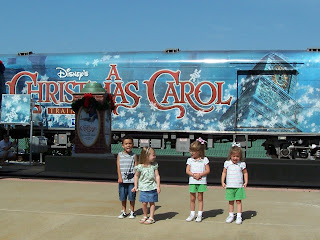 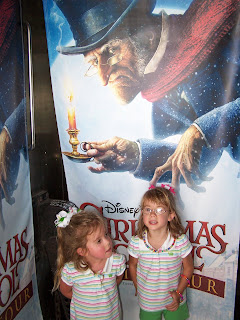 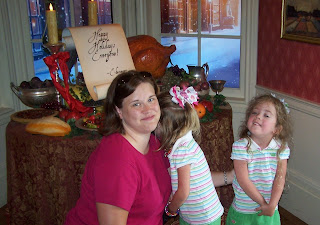 As we were leaving the train they had a holiday feast photo "op" set-up but Abby would not look at the camera.
After the train we went to have a "picnic" with Raymond at his work and then off to see the Wiggles. (I will post those 2 items later).
Posted by Paula Jennings at 10:34 PM

Paula - I had thought about taking the girls to this event. So glad you posted about it!
How was the Wiggles show? I just read that Disney on Ice is coming in Sept. So exciting!