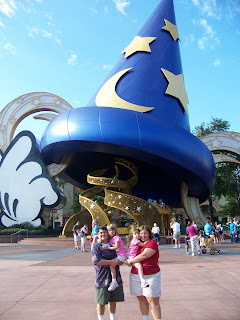 We started the day off with breakfast at Hollywood and Vine with JoJo, Goliath, June and Leo from Playhouse Disney. After a fun filled breakfast we headed out into the Park. We went straight over to the Playhouse Disney Show. While we were waiting in line for the Playhouse Disney Show Raymond ran and got our Fast Passes for Toy Story Mania. After the show the Raymond went and rode The Tower of Terror and the Rockin’ Roller Coaster while the girls and I meet up with Handy Manny, and all four of the Little Einstein’s. 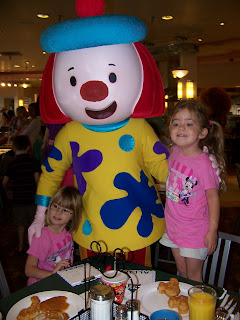 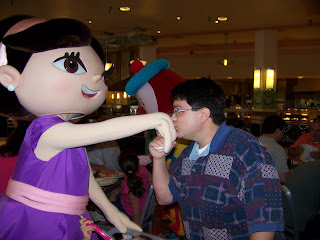 We then went to Pixar Place and watched the Green Army Men put on a show in the street and then we went to meet Buzz and Woody. When we finished visiting with Buzz and Woody, we met back up with Raymond and rode Toy Story Mania. While we were walking thru the queue for the ride Abby kept saying she did not want to ride it. We kept telling her it would be fun and it was like a carnival and movie all in one. Once we got on and starting moving and playing she had a blast, it turned out to be her favorite thing of the day.

After Toy Story we went over to watch the Indiana Jones Stunt Show. Neither of the girls liked this very much. I am not sure if it was the fire or stunts but they were not impressed at all. From here we went and saw some Jedi warriors train and fight Darth Vader. While Raymond rode the Stars Wars ride the girls played in the Honey, I shrunk the Kids play area. On our way out of the park we stopped and watched the Block Party Bash. By this time we were all ready to go. Raymond went to do the Great Movie Ride while the girls and I had strawberry ice cream bars. 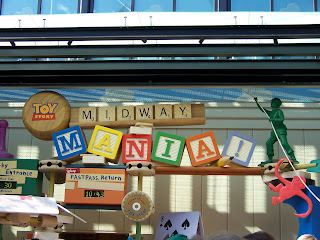 Favorite ride of the day 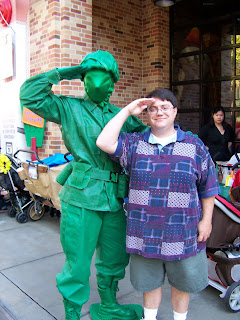 Playing while we were waiting to meet Buzz and Woody 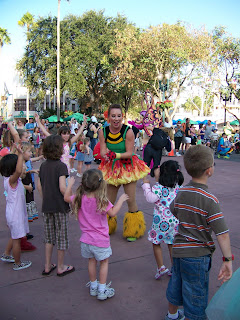 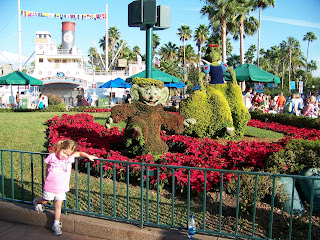 After we dropped off our stuff in our room we went back out to dinner at Wolfgang Puck’s in Downtown Disney. Raymond took the girls back to the hotel and I got to shop!

Posted by Paula Jennings at 7:30 PM