Today got up early so we could take advantage of the park being open for Extra Magic Hours from 8-9am. Also, I knew if we were going to see Repunzel this was our chance. We got to the park by 7:40 and the girls and I watched the opening show. 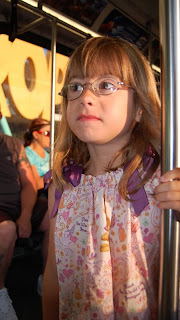 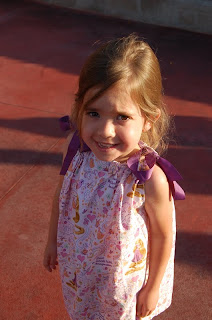 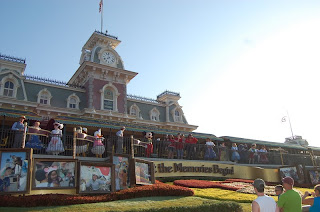 Once the ropes were dropped Raymond headed to get in line for Repunzel. He was about 10th in line and he waited in line while the girls and I rode Dumbo, It’s a Small World and Peter Pan. 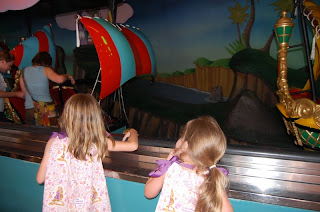 We were heading back to met Raymond in line when he called and told me they were letting us in the meet and greet area and where was I.  I was at the top of the incline and was literally running down the hill in front of the girls and encouraging them to hurry up. We made it and they let us in the area. The girls colored and took some pictures before Repunzel and Flynn came out. 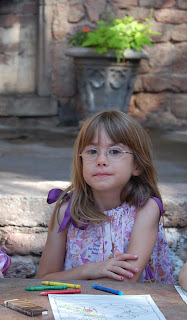 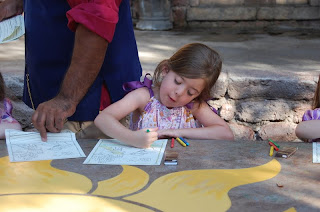 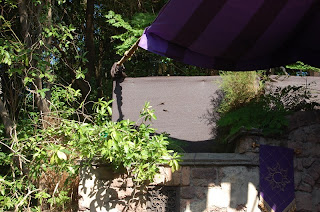 If you look at the roof there are 2 lizards, they look like 2 black lines on the roof.  These 2 lizards were fighting and chasing each other all over the roof.

This is one of the best meet and greets I have been part of. They were very interactive with the girls and Flynn even let the girls look in his satchel to see the princess’s crown. But we are not suppose to tell anyone. (pictures of the meet and greets will be in another post)

After meeting Repunzel Raymond went to ride Space Mountain again and the girls and I went to ride the Magic Carpets and fine Ariel and Eric. We walked through the Swiss Family Robinson Tree House, something we passed over on our first trip in 2009.  When we got in line for Ariel and Eric we were told we would be in line for the 11 showing, it was about 10:30 so we were ok to wait. I pulled out the crayons and the girls starting coloring. The Cast Member in charge of the line came over and asked me how many people were in our party and if they were all present (we were the 3rd family in line for the 11 showing).  It was just the 3 of us and of course we were all there, the CM said he may be able to get us in during this showing. A minute or so later he came over and said we could go in and see them right now, so we packed up and went on in. We were the next to the last family to see them during the 10 showing.

After we left Ariel and Eric we caught the Move it, Shake It, Celebrate It, Street Party. I like this about a much as the Celebrate Today Parade and it is a lot more interactive than the parade. 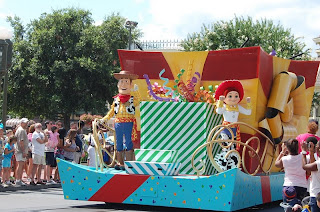 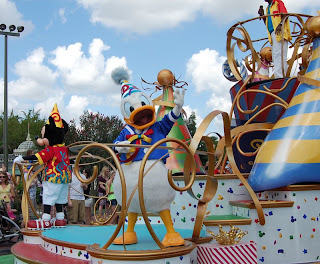 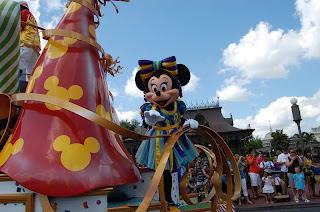 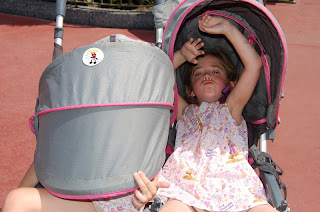 Guess it got a little to hot for the girls :)  But they perked up when a guy on stilts gave them a bunch of streamers! 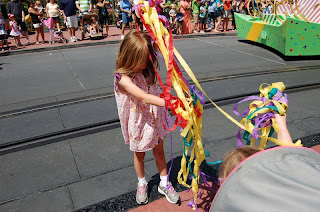 When the Street Party was over we met back up with Raymond and walked to Frontierland and got FP’s for BTMR. We headed to Columbia Harbor House for lunch. It was a hit with the girls mainly because it was chicken and fish.  Raymond had been told it was a good place to eat at MK by a co-worker so we tried it.  We both liked it as well. After lunch Raymond and Abby went to ride BTMR while Allie and I rode the carousel and looked into riding Snow White but the wait was 30 minutes and needed to meet back up Raymond and Abby, which we did at the Dream Along with Mickey Castle show.

When we met back up with Raymond and Abby I noticed Abby did not have her glasses. At first I thought they may have left them on BTMR but Raymond had them and they were broke. He said when we gave the glasses back to Abby after they got off the ride she put them on and the lens popped out.  This time we did not lose a screw the metal on the eye piece broke.  (we now have her new Ariel glasses on order)

At this time we left the park for the afternoon and headed back to Pop Century. At the hotel we swam until time to get ready for dinner.
Posted by Paula Jennings at 4:22 PM